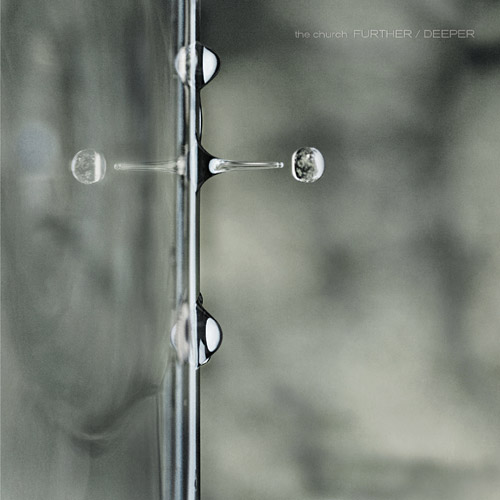 "You can expect a beautiful, complex, multilayered, powerful, noisy, intricate bunch of songs that will increase your delight at every new play." - Steve Kilbey (Volt & Volume)

the church would firstly like to thank Kip McClanaham without whose spiritual advice and financial guidance you would not be holding this music in your hand, John Tehranian for your legal advice and your handsome looks, David Rundle for advice far above accountancy, an expert on our music whose opinion we can personally trust! Kevin L. Keller for getting us this far at all.

Peter thanks Michelle and Levi.
Ian thanks Georgie, Ruby and Hugo.
timEbandit thanks all @ Eagle St for patience and belief.

The band wish to thank and acknowledge 'Support Act' for all they do in helping our fellow musicians.

Those who pre-ordered this album received an instant download of "Pride Before A Fall" plus the downloadable bonus track "The Girl Is Buoyant" on the release date of Oct 17, 2014.

meanwhile the churchs record is very near completion
it will comprise of fifteen tracks
7 of which are now mixed and ready to go
it is nothing like you or i think it will be
it is complex ambiguous and joyful
your preconceptions will be shattered
something new has emerged
i am quietly confident this album will be universally acclaimed
within its own sphere of references naturally
within its own genre it is a triumph
some advertisements say
obey your thirst
i obey the music
that was trying to come into this existence
with myself as part of a team dedicated only to the music and the music only
we are deemphasised as personality x and y
none of you will know who did what and who was the driving force
because all four elements strove together for the musics sake
the music became the all
the song was everything not the singer
my mission in this life has been to make people happy with songs
then this will put a smile on your mind
because we have experts here tinkering with the mechanisms of rocknroll
we have experience and enthusiasm and we
have made a fucking good record
despite everything
time has come for a reassessment of the b®and the church
we poured heart and soul into this
i channelled other voices who came rushing out my throat
i cant wait for you to hear it
let the naysayers say nay for now
lets hear them after they hear the fucking thing
or my name isnt..uh...
fuck
anyway just a few months longer
further/deeper than ever before

Steve added the following short description about this album on his blog on May 31, 2014 ("where it's all at"):

The cover photo is a version of the Richard Bruxner photo louvre drop 1.