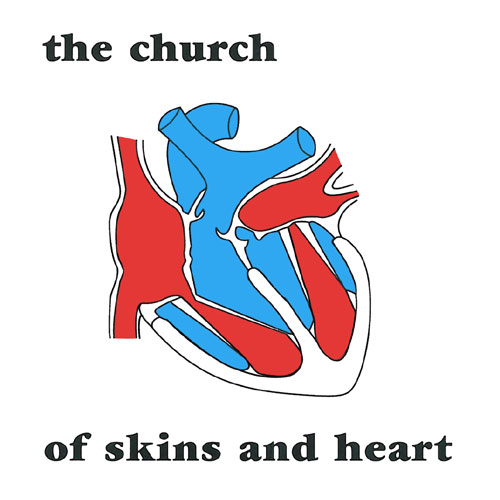 Produced by Chris Gilbey and Bob Clearmountain
Recorded at Studio 301 [Sydney, Australia]
Engineered by Christo Curtis, Steve Bywaters, John Bee
Mixed at The Power Station [New York City] by Bob Clearmountain
[Uncredited: Peter Koppes co-mixed "Too Fast For You," "Tear It All Away" and "Sisters" with Bob Clearmountain]
Cover concept and design by Steve Kilbey/Michele Parker
Photography by Gary Ede

Also released as a doublepack with The Blurred Crusade:

The New Zealand LP EMI Parlophone EMC 251 label lists "Tear It All Away" but plays "Fighter Pilot...Korean War," as listed on the cover. There is also an extra drum roll at the end of "Bel-Air," which is also heard on the 2002 EMI remaster.

The EMI 432031-2 version and the 1996 EMI reissue contain these liner notes written by popular music historian Glenn A. Baker:

From the release of the She Never Said single in November 1980, this unique Sydney-originated entity has purveyed a distinctive, ethereal, psychedelic-tinged sound which has alternatively found favour and disfavour in Australia.

An initial rush of success saw The Church burst onto the charts in 1981 with The Unguarded Moment and return in 1982 with another of lead singer Steve Kilbey's charismatic outpourings, Almost With You. The formation by this stage was Steve Kilbey (vocals, bass, keyboards), Peter Koppes (lead/slide guitar), Marty Willson-Piper (various guitars, vocals) and Richard Ploog (drums), who replaced Nick Ward in mid-1981.

Co-produced by the legendary Bob Clearmountain (and mixed by him at the Power Station in New York), the Of Skins And Hearts debut album was an accomplished and intriguing work which gave the band a base to journey to the U.K. and Europe in 1982. Although it took five years for the world to become fully aware of their carefully understated but ever-imaginative style, when recognition came it was by no means half-hearted. The prestigious Los Angeles Times described their sixth album as "dense, shimmering, exquisite guitar pop." Such reviews assisted the album in its climb to number one on the American Alternative and AOR charts.

Today, The Church and members Steve Kilbey and Marty Willson-Piper continue to serve up highly regarded albums, all of which owe a debt to this groundbreaking work, which possesses a certain innocent charm.