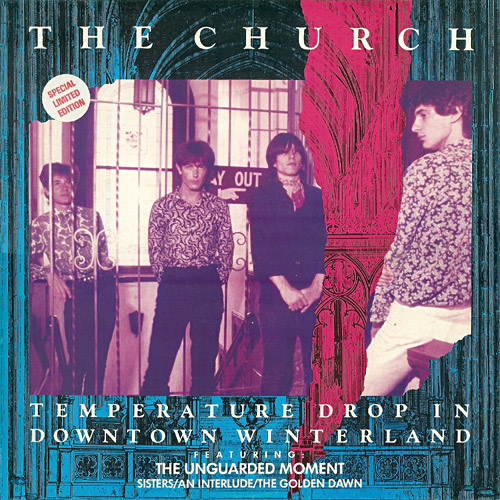 The Golden Dawn
(Kilbey/Willson-Piper)
Produced by The Church

Bilbo is Denis Blackham, formerly at Tape One, now with his own mastering business, Skye Mastering.

There are 1982 tour dates listed on the back of the sleeve (see below). These were for a tour supporting Duran Duran. The Church quit the tour after the Manchester Apollo shows. They were replaced by Le Mat (who also left the tour after 8 more shows).

Three dates in Scotland in October were added to this tour, likely after the sleeve was printed: