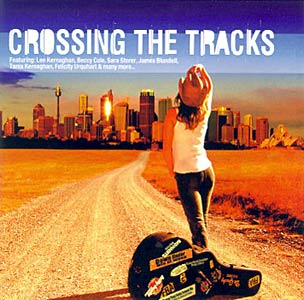 And no one could be better suited to such a task. After all, Garth's career has spanned both genres over close to three decades.

The result is Crossing The Tracks, an album featuring leading country artists and rising stars, and some of the true classics of Australian music from the past four decades. "The title is meant to convey the idea of crossing boundaries, both musically and culturally," Garth said.

Garth was part of the heyday of Australian pop music as a member of the hit band Sherbet, and his talents as a writer and producer have played a major part in the burgeoning contemporary country scene over the last decade or so with artists like Lee Kernaghan and Sara Storer.

"Australia has a rich heritage of popular music. The songs of our artists have resonated across this land in a unique way," Garth said, "defining the period and our culture. I've been thinking for some years about an album like this, with contemporary country artists performing songs from mainstream music, reinventing them in their own individual styles and giving them new life.

"The aim of this project was to bring something new, something fresh, to tracks that are already well known and much loved. And the finished album has succeeded even beyond my expectations."

Crossing The Tracks includes songs like Peter Allen's Tenterfield Saddler, The Divinyls' Pleasure And Pain and Icehouse's Great Southern Land, all taking on a new perspective and given a new lease of life.

The album kicks off with the classic Aussie anthem of the 1980s, Down Under, performed by Lee Kernaghan. Lee also joins forces with James Blundell on a duet Great Southern Land, then James "lets rip" on Unguarded Moment from The Church.

Highlights of the album include multi Golden Guitar winner Sara Storer's version of One Perfect Day - which is to be released as the first single - along with Beccy Cole's version of Pleasure And Pain and Felicity Urquhart's rendition of Throw Your Arms Around Me. And Tania Kernaghan's interpretation of Tenterfield Saddler.

Several newcomers have lent their talents to Crossing The Tracks, with 2003 New Talent Golden Guitar winner Travis Sinclair singing the oldest track on the album, Normie Rowe's Shakin' All Over, and also teaming up with Camille Te Nahu on the Savage Garden hit Truly, Madly, Deeply. 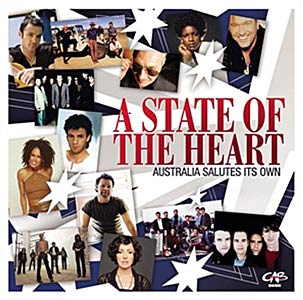