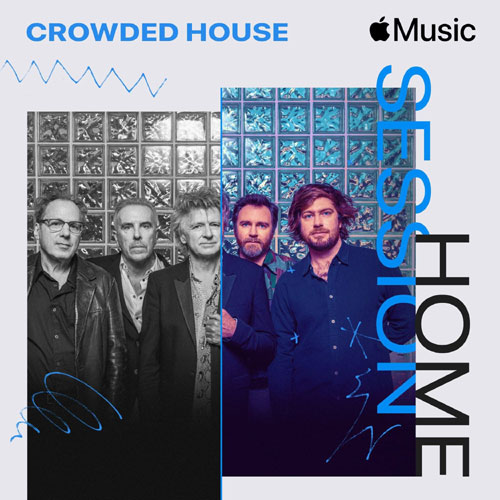 In 2021, Crowded House released their first new album in more than a decade. Dreamers Are Waiting signaled a remarkable return for the Australian-New Zealand group, which now features frontman Neil FInn's sons, Liam and Elroy, on guitar and drums. The rock stalwarts followed it up by stripping back their sound for this Apple Music Home Session EP. Three tracks from Dreamers Are Waiting—"Playing With Fire," "Bad Times Good," and "Start of Something"— have been rerecorded with an all-new, bare-bones sound, adding emotion and organic depth to songs that already felt so intimate. Acknowledging their lengthy career, the band also gifts longtime fans with a new version of "Private Universe," from 1993's Together Alone. And to cap off the EP, the Finns and co. have also recorded their own enveloping rendition of a bona fide Australian classic: The Church's 1988 alt-rock hit "Under the Milky Way."