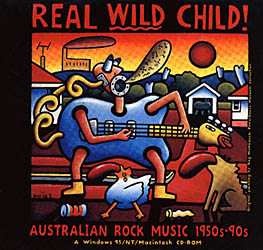 Produced in conjunction with an exhibition that toured Australia in 1996: a retrospective of Australian rock music from the 1950's through the 1990's.

Includes a write up of The Church by Ian McFarlane, a picture of the band taken in the early 80's, and a short audio clip of The Unguarded Moment.