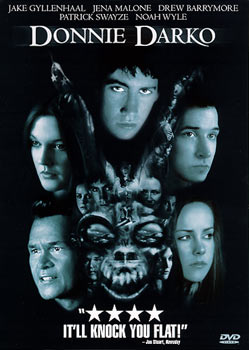 The 23rd chapter of this modern cult classic is titled "Under The Milky Way" and features a 2 min. 9 sec. segment of that song by The Church. Both audio commentaries on the DVD (director and actors) have them identifying that song by name and saying how well it fit this critical scene in the movie. 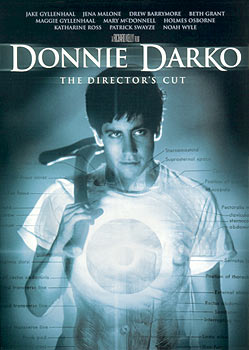 In this version of the movie, director Richard Kelly rearranged the soundtrack. Now the Church song "Under The Milky Way" is heard in the 6th chapter (titled "No Mail Today") in the background for about 52 seconds while Donnie and his father are traveling in a car - a disappointing placement for fans of The Church. At least for this version a proper soundtrack was released.