Ricky Maymi is a founding member of The Brian Jonestown Massacre 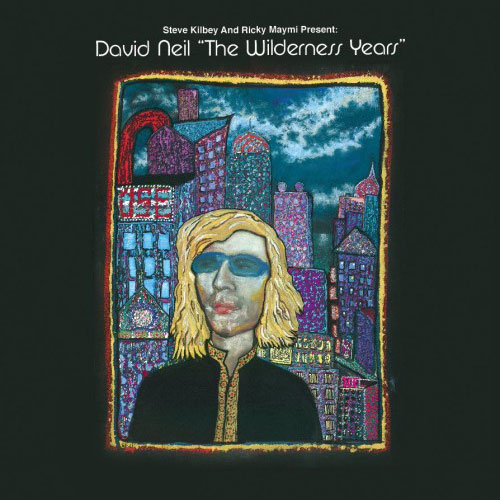 * Bonus Track: not on LPs, hidden on CDs

Vinyl Run-Out Groove Messages
Side 1: KNEEL DIAMOND DOG!
Side 2: WE ALL LIVE IN THE WILDERNESS

"David Neil" is a Canadian guy from the 70's who died in a plane crash.
He was in the airplane lavatory overdosing on heroin when a jealous lover
broke into the lavatory and gunned David down as he OD'd and the plane crashed.
So, the coroner could not decide the actual cause of death.
The Heroin, The Bullets or the actual crash.

SK and I came into possession of David's tapes (a cross between David Bowie and Neil Young) and we decided to to do some of his songs and make an album to be called "The Wilderness Years" ;-)

Who is David Neil? An enigmatic and ephemeral rock star from days past, who somehow slipped through time's arbitrary clutches; his premature death (or triple death, as the coroners put it) seeing him drizzle down a clotted drain hole into a dank sewer, joining the collective waste and wonder of many a has-been and never-was. Lying there stagnant, his music could only be heard in ghostly whispers by sewer rats and underground junkies alike for decades, until, legend has it, his touring bassist Steve Kilbey (of The Church) dug it up.

Until recently, however, he'd kept these in a locked valise, awaiting the genius creative accompaniment required to set them free. In a collaborative effort with The Brian Jonestown Massacre's kaleidoscopic guitar maestro Ricky Maymi, Kilbey has brought his brainchild David Neil's work out of the ether and into a tangible format; more specifically the form of limited edition blood red vinyl, entitled 'The Wilderness Years', by David Neil. This LP is set to be released in July, and to celebrate its release, Steve and Ricky (along with Shaun and Adrian Hoffmann) will be touring Australia, hitting up Perth, Melbourne, Sydney and Hobart in July with additional NSW dates in August. Special guests on this tour will be Jill and Alsy of seminal Australian icons The Triffids, as well as Richard Lane of The Stems making for an epic line up of Australian rock 'n' roll figureheads performing rare, intimate shows. Is David Neil real, or is he unreal because we can't touch him? Is his music real, or is it unreal because we can't touch it? If we can't touch it, does that mean that it is unable to touch us? You'll just have to decide for yourself. 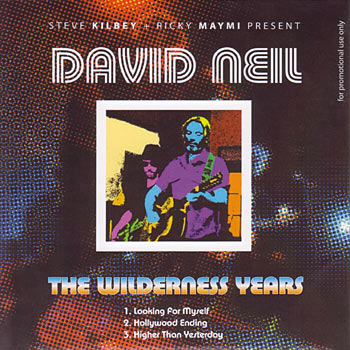 More invented backstory from the back cover:

David Neil was born in Saskatoon Canada circa 1950; few facts are known about his early career. Around 1970 Neil begins to play some regional gigs here and abroad. He puts together his classic band line up and starts to record original material.

Neil's tapes circulated as bootlegs for years. The most famous and revered being "The Wilderness Years" on the famous Trademark of Quality label. It was on blood red vinyl and in 2008 Steve Kilbey and Ricky Rene Maymi were bequeathed some 16 track masters for what would later become known as "The Wilderness Years". The tracks were unfinished and in some places unusable. Kilbey and Maymi aimed to preserve the authenticity but also had to play to and around the original recordings. Some songs that lacked vocals, Kilbey sings relying on memory of his tour and friendship with David Neil plus some newly found lyric books. Other songs are various admixtures of new and old voice and instruments as different players are blended through the weave while preserving Neil's true sound. 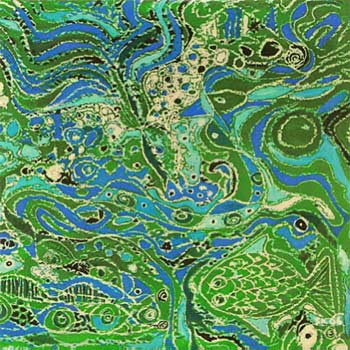 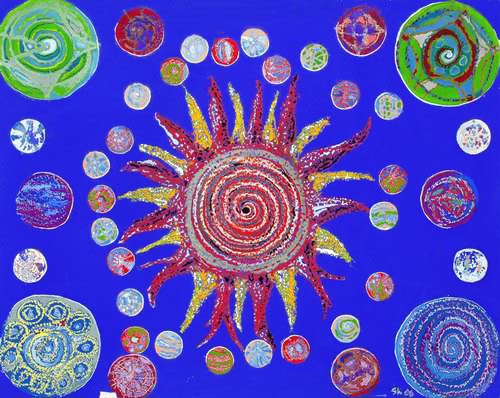 This CD was initially sold at their "2011 Antipodean Tour." Copies left after the tour were made available online for purchase.

WITH A BOW: A BENEFIT FOR DISASTER RELIEF IN JAPAN (2011) 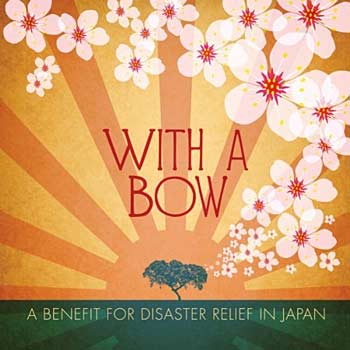 On the 11th of March 2011, the Earth moved. Literally. An unprecedented 9.0 magnitude earthquake struck off the coast of Japan, triggering tsunami waves of up to 40.5 meters traveling up to 10 km inland. The full extent of the impact on the Fukushima Nuclear Power Plant and its surroundings is still unknown. What was immediately shown to the world was the dignity and grace with which the Japanese people approached the horrors of these natural and man-made disasters. There was no looting, no violence, only compassion and helping hands. It is in this spirit that Kitten Charmer humbly offers With a Bow: A Benefit for Disaster Relief in Japan.

All artist and label proceeds will be donated to the Red Cross for their disaster relief efforts.