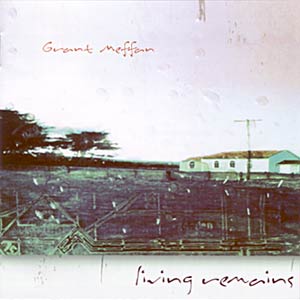 A CD launch was held on May 26, 2003, at Bar Broadway in Sydney. Grant was joined by Tim Powles, David Skeet, and Tracy Ellis.

From the Spacejunk Media Release:

Intriguing lyrics wrapped in a captivating unpretentious sound layer. The effect is subtle and deep reaching, it invites one to return.