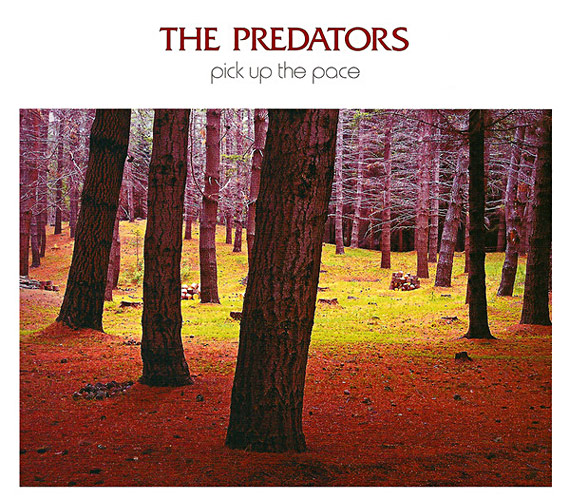 Produced by The Predators
Recorded at Airlock Studios, Brisbane

On the four live shows performed by The Predators, Ross McLennan played drums so that Steven Bishop could concentrate on vocals.

What went down when a wolf, a shark and a condor went into a recording studio? A massacre? A feeding frenzy? Perhaps the creatures turned on each other in carnage of talons and teeth? Mercifully these predators restrained their ancient instincts for the hunt, and instead, have attempted to seduce the souls and ears of their potential victims.

Ian "shark" Haug (guitars and bvs), J.C "wolf" (bass) and Bish "condor" (lead vocals and drums) formed the predators in early 2005 with the express desire to sing and play hungry songs. Songs with an appetite for all flavours. Songs not frightened of walking into the latest party by themselves. Songs that strive to be sung.

The six tracks on this E.P cover a wide terrain. From Pick up the Pace with a generation devouring riff and its car friendly chorus, to the exquisite regret of Precious Moments, the predators explore a lot of musical territory. Perhaps the fact that Ian, J.C, and Bish were high school friends, and were the original Powderfinger, has something to do with the seamless harmony displayed here. A fourth predator, Ross "Piranha" MacLennan, will occupy the drum stool when the condor steps up to the microphone as the band begins prowling the stages of Australia.

Inevitably there are other footprints on this landscape. Phil Spector and Berlin Bowie stalk the psychedelic pop of Paintings. George Harrison's ghost ripples through Still My Friend. On High and Low, the band channel Pink Floyd when the Floyd weren't afraid of a tune. There is even a whiff of the Australian beer barn in My Line, the bands manifesto to self belief.

So, six songs written and performed by a shark, a wolf, a condor, and a piranha. Don't go near the water. Don't wander in the sky. Don't hang about in the forest. Stay at home and be consumed by the predators. Oh, one more thing: Doctor Doo-Little prescribes maximum volume.