Scribble (1983-1987) was a post punk synth band formed by Johanna Pigott (co-founder of Australian indie-punk band XL Capris) with session musicians. Although achieving some cult interest there was little commercial success for Scribble. Note: Only those releases which have involvement from Tim Powles are listed here. 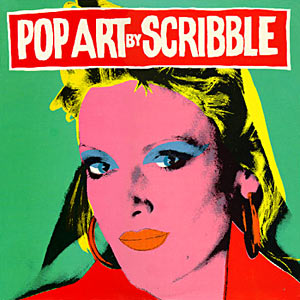 Includes this info on Scribble:

Johanna Pigott is a stealthy achiever.

Since she began playing music in 1979, she has developed into a highly respected singer, songwriter and musician with a list of credits to her name, amongst them the Dragon hit single "Rain" and the ABC television series "Sweet and Sour."

In 1983, Johanna began 'scribbling,' taking charge of her own songs and seeing them through to vinyl. First of all, Scribble was a studio band, a loose collection of individuals working around Johanna's talents and ideas.

Gradually, Scribble has evolved its own entity, a distinctive sound and style of winsome, witty pop (as evidenced on the So Faralbum, a collection of songs from 1983-85 compiled and released by Regular Records earlier this year); by 1985 it had become, for Johanna, a full time occupation as she set to work arranging and recording and album's worth of songs.

The result is Pop Art, the brand new Scribble LP. 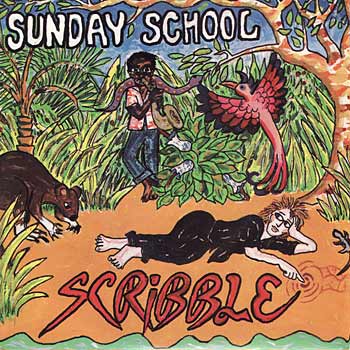 Tim Powles is incorrectly credited as "Tim Powells" on the back cover. 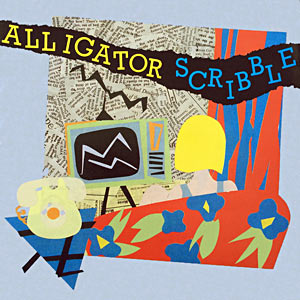 Brief review of the Alligator single by Al Webb that appeared in Juke (Feb. 7, 1987):

"A cruisey slice of pop-art that's in no hurry to get anywhere as it lopes along with a slow and infectious blues feel. Like all Scribble records, borders on irrelevant, but eventually wins out through sheer charm and personality. To me, this song never really fulfills its potential. It could've been a real stunner except for the fact that everyone was so damn civilised and controlled about it." 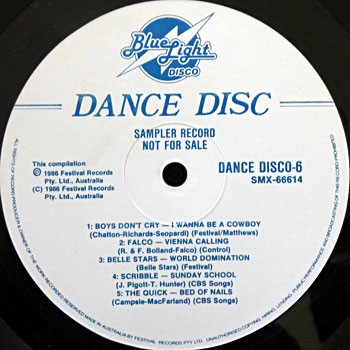