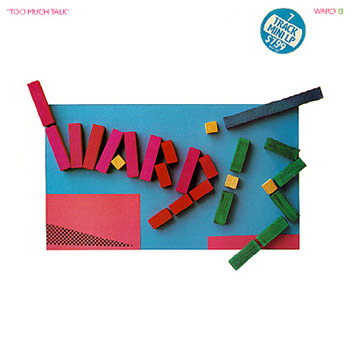 Back cover includes this photo of the band members: 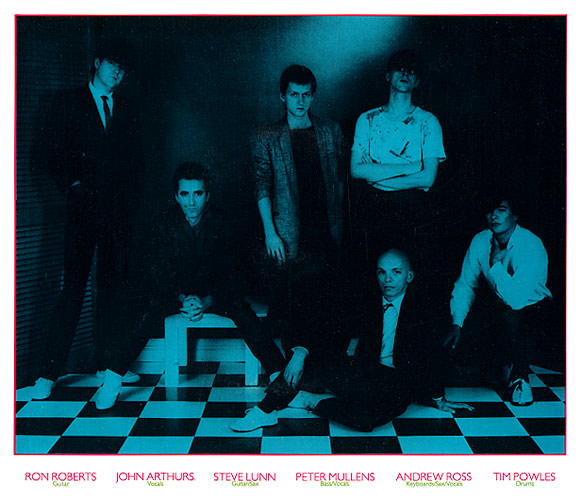 Here are some short news articles about Ward 13 from The Sydney Morning Herald:

While the Mentals take a break, Ward 13 is just getting back into business after a six-month layoff. The group has added two new members and, after a couple of recent performances, the reports I'm hearing say it has never sounded better. It has also changed record companies and the first record for the band's new label will go into the stores in June.

This new Ward 13 single will be called "Midnight Caravan," and it was produced by Dave Marrett, who's recently had success with the song "One Perfect Day" by The Little Heroes.

Ward 13 is also expected to release an EP in the next couple of months but the band is disappointed that their "Midnight Caravan" single, released about three months ago, hasn't attracted more attention. "Midnight Caravan" is possibly the best thing Ward 13 have ever recorded and for those who missed it it's definitely worth a re-listen.

Ward 13, after a long vinyl absence since last year's album, Flash As A Rat, will release a mini-album soon for Polygram, the band's new record company. It will be called Too Much Talk.

Ward 13 are having a super bash next Wednesday night in Sydney. The big night of festivities will be held at Players in Paddo to launch the group's mini album titled Too Much Talk. Ward 13's parties are anything but dull and this one will be no exception.

What should interest readers of this column is that everyone is welcome. In keeping with the group's desire to stay close to the marketplace, Ward 13 have asked their record company to throw open the doors and so, even though it is an official media launch for the mini album, all pop punters are invited. It could be a good way to overcome any thick heads we may be suffering after the Melbourne Cup celebrations the previous night.