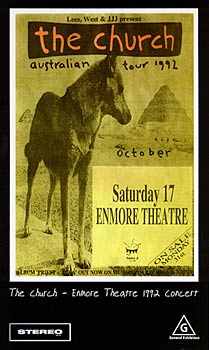 This video was available direct from the band via their Church Merchandise web site in PAL VHS and NTSC DVD formats. It has since been deleted.

According to Sue Campbell, "For those interested in the live video and what it's like, Peter said that the quality is what you would expect from a VHS camera at the back of the theatre and no lighting compromises for the sake of filming and presents the show in a fairly wide panarama. The camera moves are by a well versed fan of the band in a live situation and follows the action quite well. What makes it better than the bootlegs is the sound from the desk which was expensive to synchronise with the visuals. It's a great document of the band."

"Disclaimer: Imperfections exist in this programme due to the deficiencies of the recording formats." 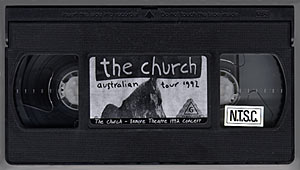