[roll over or tap an image above for a larger view]

The Church are Steven Kilbey, Peter Koppes, Marty Willson-Piper, Tim Powles
All instruments played by The Church except:
Radiotronics on tracks 1, 2, 3, 4, 8 & 9 by William Bowden
Violin on tracks 3 and 10 by Linda Neil

A working title for this album was Hologram of Allah. Other titles considered were Au Revoir Por Favor and Ourselves But Not Each Other.

The mask shown on the various covers was from Steve Kilbey's personal mask collection. It is similar to the plastered skulls, with shells replacing the eyes, left near the site of ancient Jericho by the Pre-Pottery Neolithic B culture (7th-6th millennium BC). 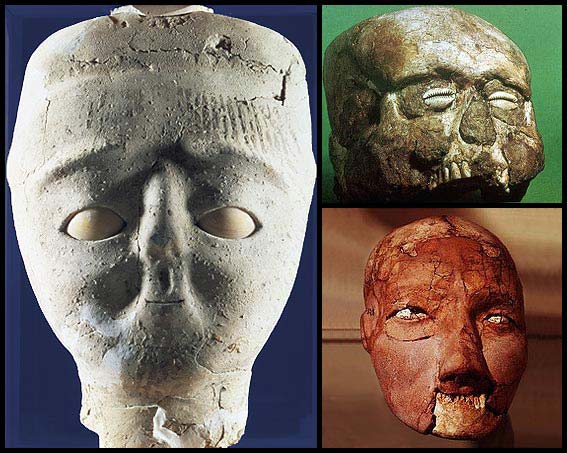 Samples of Pre-Pottery Neolithic B Plastered Skulls, c.7500-6000 BC 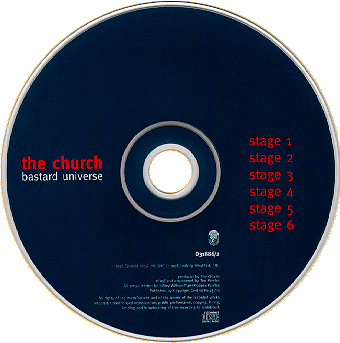 This all instrumental jam disc came free with initial copies of Hologram Of Baal.

Total running time is 79:18. The UK and USA editions of the bonus disc only have "Stage One" through "Stage Four" printed on the label but they have all six tracks. The Australian (Festival) release has all six listed.