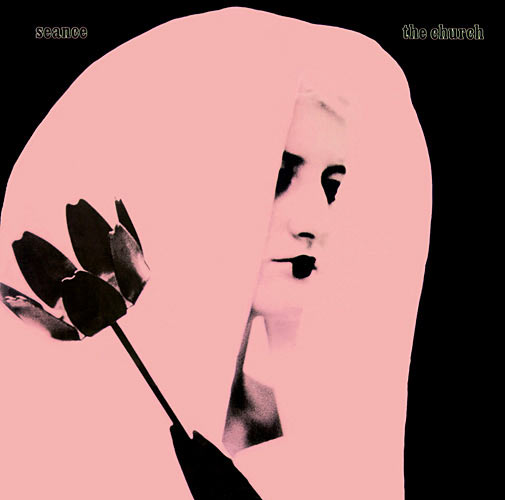 There is a glitch on the Arista CDs, causing a pop 23 seconds into "It's No Reason" after the first word "crocodile."

Merrick Thomas reports with regards to the Arista Seance CD:

There are actually 2 more glitches in addition to the one in It's No Reason: there's a clicking noise at 2:02 in Fly, right before the final chord, and there's two little pops at 4:21 in Electric Lash (at the very end of the fade-out). However, all three of those glitches are NOT present on copies of the CD pressed by Disque Americ in Canada - I have both copies. The audio is basically the same otherwise (not 100% identical, but nobody could tell them apart in a blind test).

The cover photo by Kim Sandeman features her friend Meg (according to Marty's 2010 reissue liner notes), and was taken in Camperdown Cemetery in the Newtown suburb of Sydney. She is holding a Rainsfords "Metal Petal" drink holder, an Australian outdoor decoration from the 1950s.

Steve wrote a commissioned blog entry about Seance on April 5, 2017.