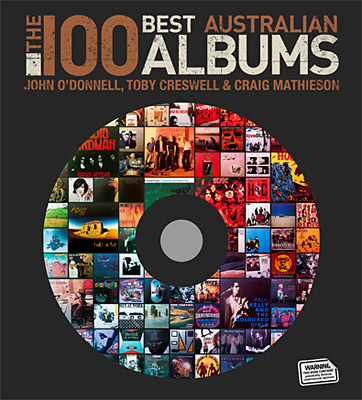 The book lists the 100 best Australian albums of the rock & roll/pop era, the albums that have had the greatest influence on the musical fabric of the country. Each album has an individual entry, revealing the artists and stories behind the making of the music and highlighting the reasons for its inclusion. It was written by John O'Donnell (former music editor of Rolling Stone Australia and CEO of EMI Australasia), Toby Creswell (former editor of Rolling Stone Australia and author of Too Much Ain't Enough and The Real Thing: Adventures in Australian Rock N Roll 1957-Now) and Craig Mathieson (author of Hi-Fi Ways and The Sell-In)

Starfish is ranked #33 and The Blurred Crusade is ranked #77. See the full list on Wikipedia.

A companion CD box set, Songs From The 100 Best Australian Albums was released with "Under The Milky Way" and "Almost With You."