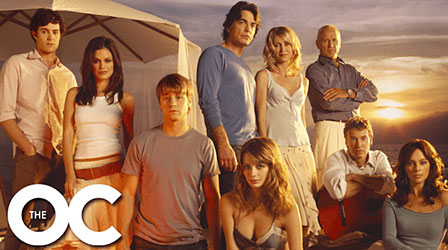 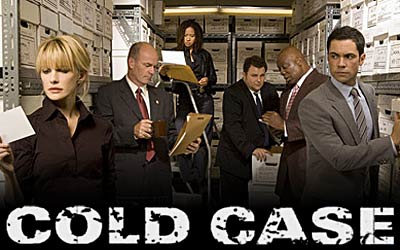 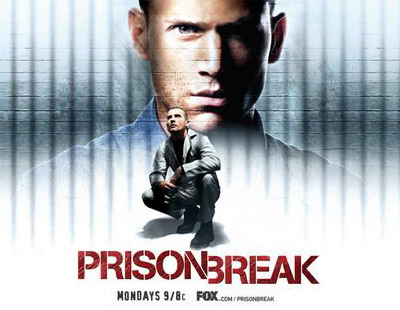 "Under The Milky Way" was used in the episode titled Map 1213 (Season 2, Episode 5 - Aired Sept. 18, 2006) of the American TV series Prison Break (2005-2009) on FOX. It starts just over 3 minutes into the episode, as if played over a radio while a fugitive and his driving partner were holed up in a motel. It plays for about 55 seconds, though it is hard to hear in parts. 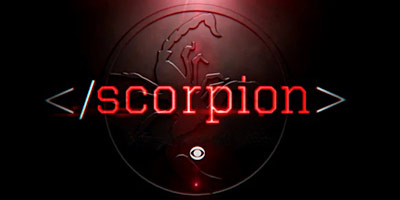 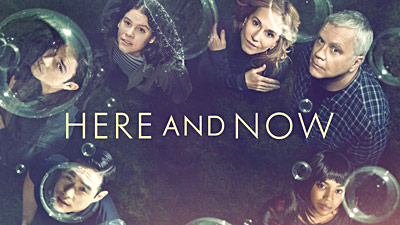 "Under The Milky Way" plays over the last 20 seconds and the end credits of the episode Yes (Season 1, Episode 8 - Aired Apr. 1, 2018) of the short-lived American TV series Here And Now (2018) on HBO, playing for 2 minutes and 14 seconds. The beginning and ending of the song have been seamlessly edited together for this appearance. This show was cancelled after one 10-episode season.

"Under The Milky Way" was briefly used in the episode Some Dreamers of the Golden Dream (Season 1, Episode 7 - Aired May 14, 2018) of the short-lived American sci-fi TV series The Crossing (2018) on ABC. It starts about 19 minutes into the show during the scene when the little girl character "Leah" enters a Port Canaan, Oregon, gift shop and is given a postcard on which is written a message in the mysterious "APEX" language. The song plays for only about 25 seconds. This TV series was cancelled by ABC during its debut season 3 days before this episode aired. 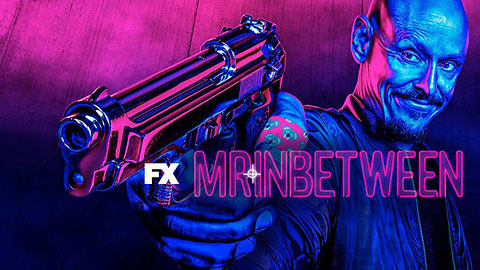 "The Unguarded Moment" was used in the episode Unicorns Know Everybody's Name (Season 1, Episode 2) of the Australian TV series Mr Inbetween (2018- ). It aired first on FX in the US on Sept. 25, 2018, and on Showcase in Australia on Oct. 1, 2018. Within the first minute of the episode "The Unguarded Moment" is heard on a car radio, for a brief 9 seconds, while someone is driving to the beach at sunset to go running. It doesn't end well for him. Episodes of this show are available in the US on Hulu. 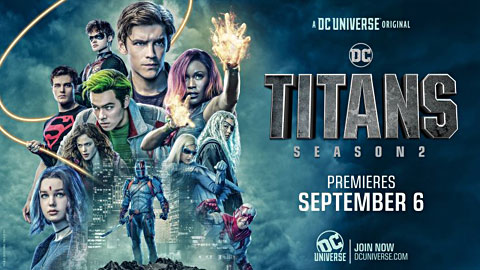 "Under The Milky Way" was used in the episode Bruce Wayne (Season 2, Episode 7) of the DC Universe series Titans (2018- ). This episode was first made available on Oct. 18, 2019. "Under The Milky Way" is heard over the end credits for a minute and a half (starting at 41:25). Episodes of this show were originally exclusively available in the US at the DC Universe website with a subscription, and could be purchased on Amazon Prime Video. They are now available on HBO Max. 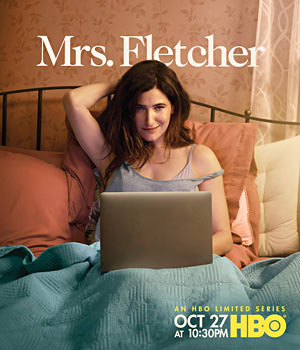 "Under The Milky Way" was used in the finale episode Welcome Back (Episode 7) of the HBO limited series Mrs. Fletcher (2019), based on the novel by Tom Perrotta. It first aired on Dec. 8, 2019. "Under The Milky Way" can first be heard 7 and a half minutes into the episode at the very beginning of Eve's party, and plays sometimes nearly inaudibly in the background for about 2 minutes and 12 seconds.

In 1985, Detroit NBC affiliate WDIV aired a news segment about the debut of the compact disc. The beginning and end of the segment featured record and now CD collector Frank Maiale and his freaky mullet. And at the beginning of the segment you get to hear about 21 seconds of "Maybe These Boys" (of all things) as he plays The Church's Remote Luxury EP on his fancy but now "outdated" turntable. 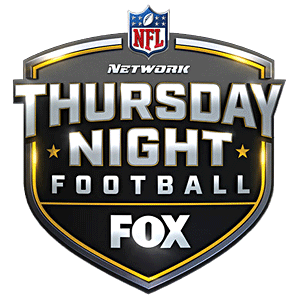 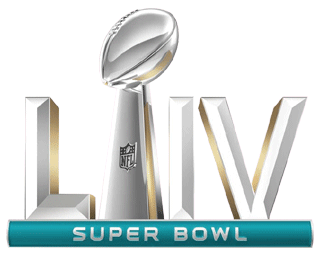 On Feb. 2, 2020, 12 seconds of "Under The Milky Way" was played while going to a commercial break during Super Bowl LIV (American football). It occurred at the 11:57 mark in the 4th quarter. The snippet was part of the "bagpipe" solo.

On Aug. 18, 2020, 18 seconds of "Under The Milky Way" was played on Fox News (USA) while going to a commercial break after briefly mentioning and showing a video of new rocket launch by Space-X, their 100th. The snippet: "It leads you here despite your destination, under the Milky Way tonight. Wish...." 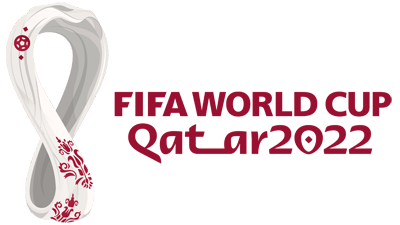 On Nov. 26, 2022, about 14 seconds of "Almost With You" was played on ITV (UK) during the Argentina v Mexico World Cup match, while going to a commercial break. It was also reportedly played during several other matches (at least 6) before and after that, including right after the end of the Brazil v Cameroon match on Dec. 2.

A cover of "Under The Milky Way" was used in the episode titled Time Has Come Today (Season 3, Episode 1 - Aired Sept. 21, 2006) of the American TV series Grey's Anatomy (2004- ) on ABC. It was played about 36 minutes into the show, when Dr. Shepherd (Patrick Dempsey) recalls when he first met Meredith (Ellen Pompeo). This cover was by Grant-Lee Phillips, from his album Nineteeneighties.

A cover of "Under The Milky Way" performed by Sia was used in the debut commercial for the new Lincoln MKT. The commercial first aired on Oct. 5, 2009 in the USA. 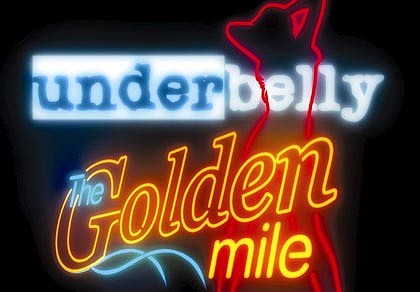 A cover of "Under The Milky Way" performed by Bobby Flynn appeared in an episode of the Australian TV series Underbelly: The Golden Mile. The song was featured at the very end of Episode 2, The Crucible, as Kim (Emma Booth) embraces her new life as an escort and starts a thrilling new career in Kings Cross. This episode first aired on April 11, 2010. 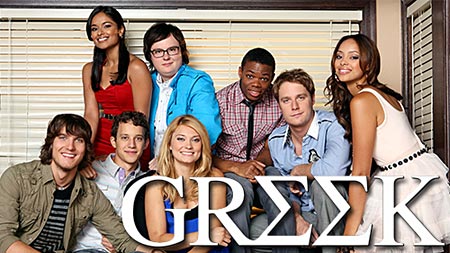 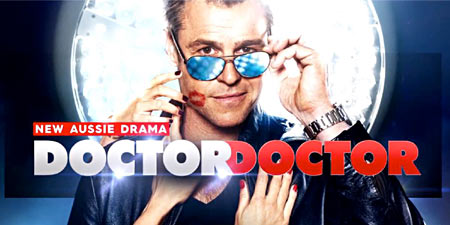 A portion of a banjo cover of "Under The Milky Way" performed by Ian Simpson and John Kane appeared in an episode of the Australian TV series Doctor Doctor (aka The Heart Guy). The song was featured in episode 8 of season 2, which first aired on October 4, 2017. It begins around 24 minutes into the show and plays for just under 50 seconds.