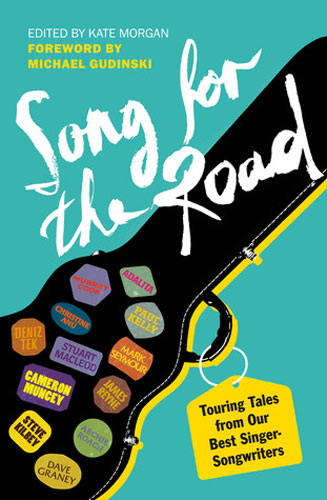 Some people are lucky enough to make a living from making music, and an inevitable part of this means touring. Whether across a wide, brown land or to exotic overseas destinations, travel is a part of a working musician's life.

Song for the Road contains tales from the road from some of our finest singer-songwriters. From the moving account of Paul Kelly as an audience member watching Blues legend Solomon Burke in Edmonton, Canada, Mark Seymour's journey to a muster at Oodnadatta or the legendary drinking adventures of Cameron Muncey (Jet) in Mexico City or Adalita in LA, the four corners of the globe are covered. This expansive and insightful collection ensures that you'll never look at the people on stage in quite the same way again.

"I Sing the Infernal Eternal Tour" also appeared in Steve's 2014 memoir Something Quite Peculiar: The Church. The Music. The Mayhem. (pages 121-29).