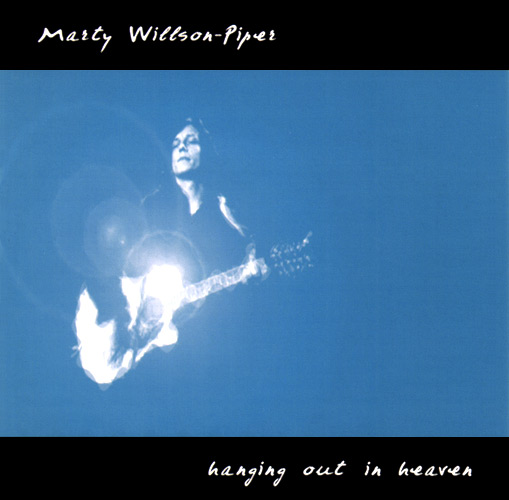 The 2019 2LP Record Store Day reissue of "Hanging Out In Heaven" included 2 bonus tracks. This was the first appearance anywhere of "Queen In Her Jeans," while "Dressed Up As You" previously appeared on the Pegasus EP in 2008.

A working title for this album was "Mechanical Ballerina."

The CD cover photo was taken by Anthony Collins at the Oct. 5, 1999, "Steveless in NYC" Church show at The Bowery Ballroom in New York City. The 2019 LP reissue front and back cover photos were taken by Jan Uddenfeldt, while Marty was "exploring the archipelago North of Stockholm, sometime in the eighties."