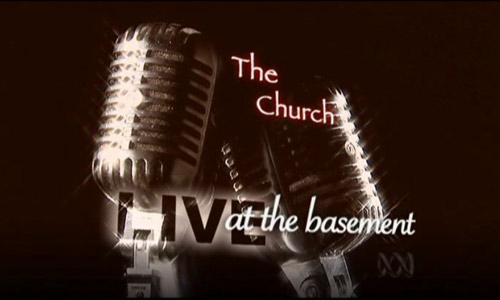 The Church's March 27, 2006, show at The Basement in Sydney, Australia, was recorded for the ABC TV Australia TV series Live At The Basement, hosted by Ian Rogerson. The show, which aired Sept. 28, 2006, ran 54 minutes with no commercials. The songs included in the broadcast were Block, Grind (with special guest David Lane on keyboards), She'll Come Back For You Tomorrow, 0408, Pure Chance, Easy, Two Places At Once, Day 5, and Invisible (Medley).

This show was recorded and transferred to DVD (720 x 480 - 16:9, with chapters and animated menus) by fan Peter Suchecki (who also designed one of the Box Of Birds covers), and shared with other Church fans.


Live at the Basement - Entire Show