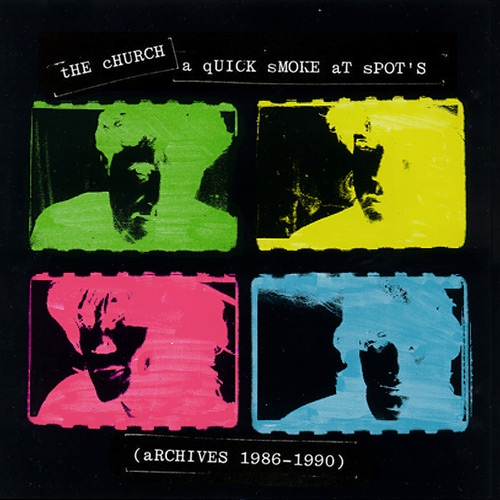 "...a collection of songs all roughly and quickly recorded in small studios in Australia and England, some of which have been released as B-sides here and elsewhere and some which (Should?) have never seen the light of day." - Kilbey, March 91

The band member photos on the cover are hand-colored negatives of the Starfish cover photos.

The first few words of "Ride Into The Sunset" ("Out in the...") are cut off. The uncut version appears on the "Russian Autumn Heart" CD single.

One printing of this album accidentally has photographs of Depeche Mode in the liner notes.

Spot (as referred to in the title) is a guy from Brisbane who is a friend of the band.

I hate writing liner notes. It seems that most music should be self-explanatory or not at all. And you gotta dream up an approach to the whole thing which is a drag coz its all been done before, in the Liner Note Game. Hell, in the Sixties there were professionals who made their very living out of writing liner notes. And they invented a whole new Art-Form out of it. "I'm sure you will be as excited as I am to lower the needle on the Church's fab new stereo L.P. full of outtakes, on which the boys from Bondi prove once again..." Etc. etc.

Of course, in the Seventies they did away with 'em altogether, reserving the space for a picture of Nude Children crawling up a mountain of concrete slabs with a bit of hand tinting, perhaps. Or just a blank space where the purchaser could project his own Inner-Generated concept, and then they gradually crept back into style, wherein the artist(e) could get his pome on the back of the sleeve and leave it up to you to make the connection (E.g. Starfish) or a Track-By-Track run through, like an Aural Travelogue explaining the Beauty of the music and the meaning contained within, no detail spared.

Well having said all that, I still don't know which way to go. Maybe these are Clever-Clever liner notes which purport to stumble around without reason until they suddenly End and you realise that they've done the job without you knowing it. Maybe I should have stuck with the Stream-Of-Consciousness spiel, you know... "A blood-red moon was hovering in the air like an Omen, like the scarlet disc of a limited quantity run in Red Vinyl hanging in the darkened Record Shop of space..."

But, look, lets ignore all that. What this is, is not the new Church album, not in the scheme of things. It's a collection of songs all roughly and quickly recorded in small studios in Australia and England, some of which have been released as B-sides here and elsewhere and some which (Should?) have never seen the light of day. These songs are in Sketch Pad Form and were never originally intended for your ears. They are of Humble and Modest beginnings and beg leniency, O critical listener. But, (And its a big but), I think each song here has at least one interesting or Redeeming Feature that justifies its rescue from the Chilly Vaults of Obscurity. Some of 'em, and I'll leave you to be the judge of which, are better songs than some of the Stuff which got on the Real Records. So there! And some of 'em aint that Great at all... Ha! Ha! Ha!

Well thats the liner notes over for another 4 years. Now, about that Quick Smoke At Spot's... 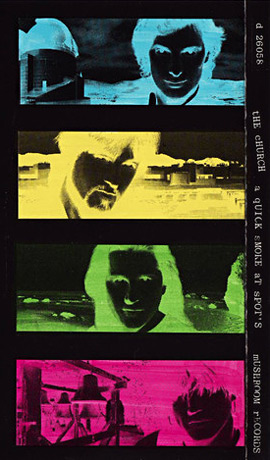