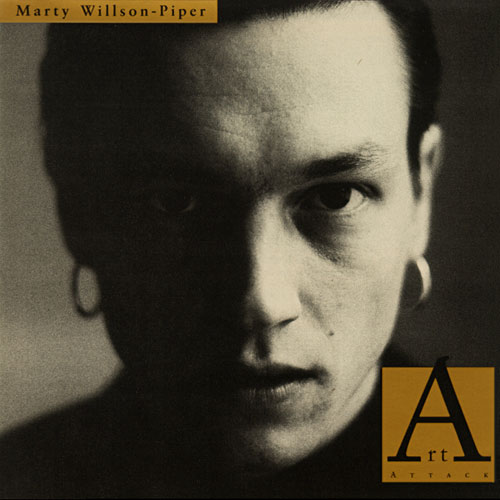 * CD Bonus Tracks from "In Reflection"

A Press Release
ACOUSTIC EPIPHANIES
Marty Willson-Piper, guitarist and songwriter of The Church, makes his American debut as a solo artist on Rykodisc's new release ART ATTACK. This release will be a revelation for Church fans who know Willson-Piper as writer or co-writer of the occasional song for the band. His songwriting potential blossoms here in this collection of ethereal, extremely listenable new pop music.

As well as co-producing, Marty Willson-Piper played most of the parts on ART ATTACK, making this a warm, intimate work. His earthy, soulful voice contrasts with ringing acoustic guitars and lush harmonies to create songs that are both personal and relentlessly catchy.

The album ranges from the acoustic energy of "On the Tip of My Tongue," to the lush psychedelia of "Word," to the infectious pop of "She's King." This latter song is now being released on a 3" CD single that also features alternate versions of "Listen/Space" and "Frightened Just Because of You."

The Church currently enjoys chart topping status with STARFISH, the group's first album on Arista. They'll be supporting the record with a tour of the States this summer. With the simultaneous release of ART ATTACK (as well as solo projects by Church members Steve Kilbey and Peter Koppes) Rykodisc proves that the creative talent in this band runs deep.

The CD release of ART ATTACK features six bonus tracks from the Australian album IN REFLECTION.
was issued by Rykodisc.

There was a promotional kit that included the Survival 462450.1 LP, a Marty Willson-Piper t-shirt and a yellow promo pin of some sort.

Back of CD booklet includes this photo: 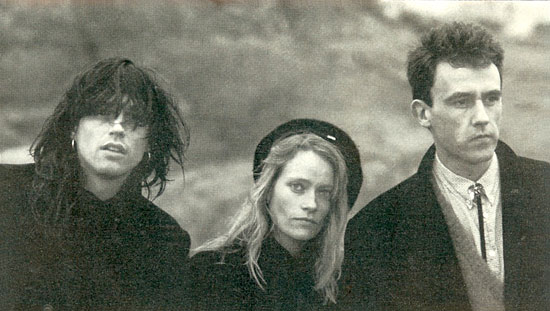 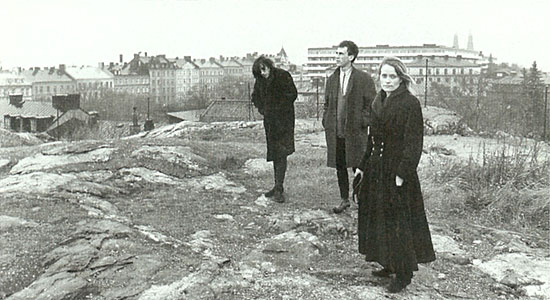 
The back cover includes this photo of Jean Cocteau by Berenice Abbott: 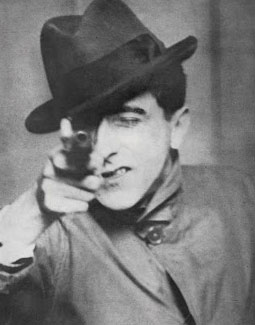