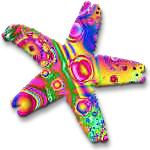 Other Bands and Side Projects

Other Bands – Powderfinger ⋅ Far Out Corporation ⋅ The Predators

Side Projects – The Beat ⋅ Tom Verlaine

Other Related Artists and Bands

Tributes – A Loveletter To Sydney ⋅ Heresy...the songs of The Church in tribute

The Palace, Melbourne, April 25, 1991 – Jokes Magic & Souvenirs ⋅ A Live Interlude ⋅ A Postcard From Down Under